She has said a lot more the past month or so.  In fact, she say phrases like "Where's that puppy?  There he is!  Where's daddy?  Who's that?  There it is!"

She is still not good with utensils.  She can't get the food on the spoon/fork.

She still sits in her exersaucer - her choice- to watch a show.  Her favorites are Mickey Mouse Clubhouse, Little Einsteins, and Sesame Street.  She still likes Praise Baby and Veggie Tales, but we don't watch it as often as the others.


She climbs quite a bit, but not what I would consider a daredevil or fearless.

She loves other kids or babies.

She gives great hugs and kisses.

Her hair.  Oh my.  It can't be left down.  Still a crazy mullett, but the top and bangs are longer and grow straight down in her face.  It's also so long that pig tails bother her, so it's in a pony tail most of the time.

She is sweet natured, but there are some days that she doesn't obey at all.  Like not once.  Stubborn, but sweet.  I've learned how to head off some of her frustrations just by talking to her and explaining things.  She understands a lot more than I give her credit for. 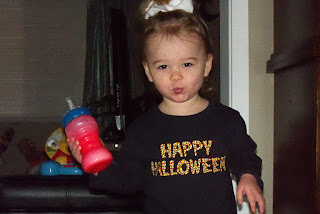 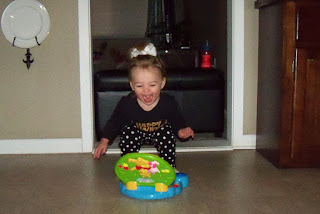 I took Langley with me to the doctor yesterday for my 13 week appointment.  She did great (I was wayyyy over prepared!)  Josh can't ever go with me, so I kinda just wanted someone else with me to hear that sweet heartbeat.  It was 172 yesterday.  I feel like that is super fast, but the doctor said it was good.  I had lost a pound since last month...which is hilarious.  The doctor came in asking if I was eating!  Hilarious!  We won't find out the sex until 21 weeks, that will be after Christmas. 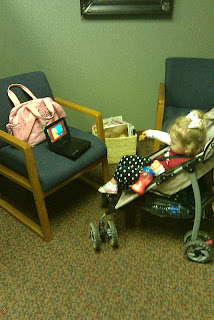 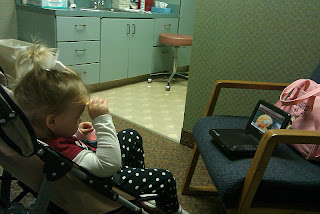 I'm feeling better.  Still tired, but not sick and not with the weird eating eating habits.  Either I wake up with tons of energy and crash by 11 am or it takes me until 11 am to get going.  I've been on the treadmill 3-5 times a week, but I am expanding much sooner than I did when pregnant with Langley.
Posted by Rachel at 7:00 PM