Making Our Way in NEA

We went to the administration building today and Langley and I met some of the admissions and financial aid staff.  Langley's new thing is that she wants every new person she meets to hold her.  She reaches for total strangers.  Blessing and curse, I think.

During the move we made some serious packing mistakes.  About half of our furniture was damaged in some way, but so far I only know of 1 thing that is  currently "missing." We have learned many lessons, including:  empty the ice maker if you have the power off.

Another one of our neighbors brought us some cookies this afternoon!   We live in a lovely little area, where everyone is very nice but keeps to themselves as appropriate :-)  I have not encountered a rude person since we moved.  I know I'm jinxing myself, but seriously, such good people up here!

WBC has had a color guard camp on campus this week.  As in, flag lines for the marching band.  Langley went crazy one day when we visited Josh in the gym and all of the campers were cheering and dancing.  I took her in to watch for a second.  Hilarious.

We have DVR again!  Amen.

I don't know what we will do this weekend except unpacking and yard work, I hope you all have a great one! 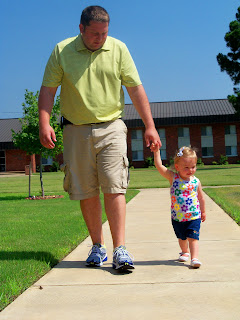 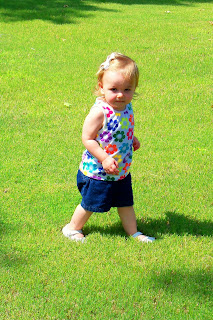 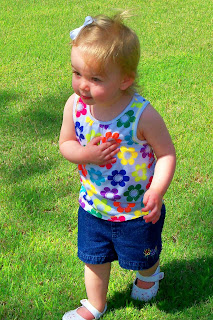 Glad you are getting settled and meeting some people. Been thinking about you lots this week, hoping things are going well. Have a great weekend!

Did you get to take your dog with you?

Glad you're getting somewhat settled. So...we are packing & moving in one week. I would love any tips you have for us! I'm nervous about moving all of our stuff 800 miles away!

Henry made the move, he pouted for a few days, but has adjusted fine.

Sarah, I would just take the time to put everthing in boxes, if possible. Also, wrap or cushion the large things the best you can. I also made sure we could get to the kitchen and bathroom stuff first - which was very helpful! Praying for ya'll as you make this BIG move!