So, after almost 2 weeks away, we headed back home.  We knew our trip would be longer due to road conditions.  The worst parts were getting to Benton and then 440.  Other than that path was pretty clear.  I was so glad the girls fell asleep fast!  Both slept for almost 2 hours - which got us from Magnet Cove to Cabot , with a gas stop  :-) 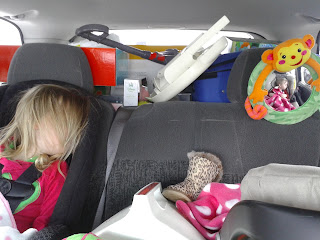 We stopped in Searcy for lunch.  Such a trooper! 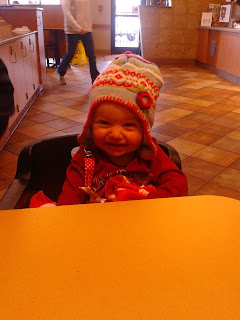 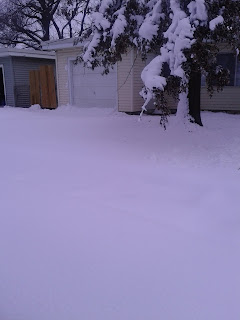 Here's the story:  The girls and I were home first because Josh went to pick up Henry since we boarded him.  Everything was great, we were so glad to be home- until I walked back to my room and my foot grazed a dead mouse.  I lost my mind.  I don't do rodents.  The only thing worse is a snake - which I would probably have to move.

I was panicking, heart pounding, sort of crying.  I called Josh.  When he got home I was standing in the recliner.  He disposed of the mouse then let Henry down and went to inspect the rest of the house.  He found two more.  I was done.

He had taken care of the three but I couldn't calm down.  I made him carry me to our room, thinking a little exposure therapy or returning to the scene of the incident would help me.  It didn't.

So, we checked in to the local hotel for the night. 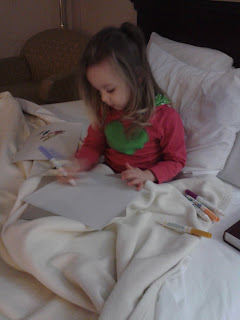 We got the girls settled then Josh went and purchased lots of traps and stuff to fill in any holes we had.  He went back to the house the next morning and two more had been caught - but this time under the kitchen sink.

We ran errands, bought groceries, then headed back home.  Praise God our issue seems to be under control.  I was so consumed with fear I had to look up verses about it, write them down, and read them out loud many times during the day.  We ended up all sleeping well.

And the girls have been able to enjoy some of their new toys. 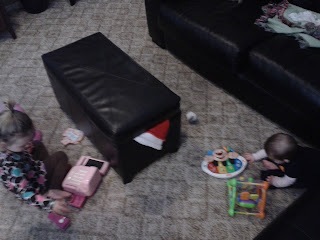 I'm exhuausted just reading all that.
Posted by Rachel at 2:47 PM