I'm just going to start writing about some random stuff that has happened in June.  I've only sat down to blog a few times all month and just scheduled posts on seperate days, so here is a wrap up of the month...in no particular order. 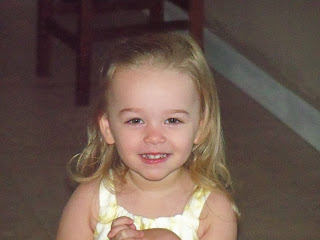 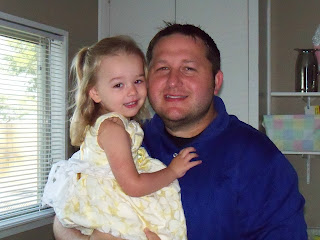 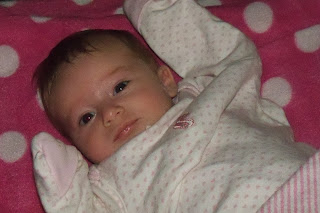 Josh went on his annual 4 wheeler trip.  He got a horrible sunburn on his shoulders - like I would find chunks of his skin on his side of the bed.  Disgusting!  He also cut the sleeves off of every tshirt he own because it hurt his shoulders.  And now, Langley cries because she wants the "green lotion" (aloe) like Daddy used.

We spent the weekend of our 5th anniversary in Conway.  Langley stayed in Magnet and Josh, Aubrey and I were in our old stomping grounds.  We celebrated our actual anniversary eating Outback to go in our hotel room because Aubrey was having a miserable day.

We have had to increase Aubrey's reflux meds twice.  It helps some, for a few days, then it's back to misery.  I'm guessing the APN will recommend Alimentum when I take her back Thursday.  We will be accepting donations to the formula fund :-) 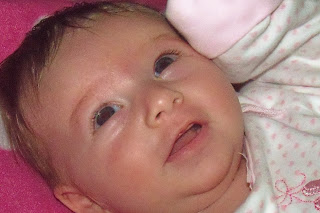 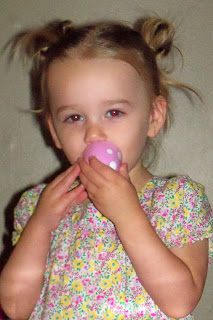 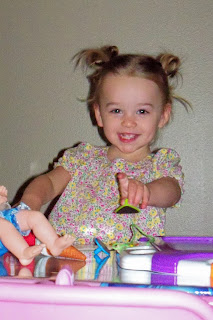 Langley came home from school her second week and said "mommy, I need a change!"  and "mommy, it's hot outside!"  Her speech has been unreal since Aubrey was born and since she started school.  It's crazy how much her speech and vocubulary has improved.

My mom came and stayed with me and the girls  few days and it was soooo nice to have her here.

Aubrey has slept through the night.  She did it 3 times, not on consecutive nights, so we just thought it was a coincidence - that she had probably just worn herself out screaming.  But, it's been about 5 nights in a row now that she will go from 10-5:30 in the morning.  It. is. awesome. 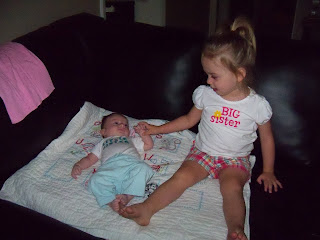 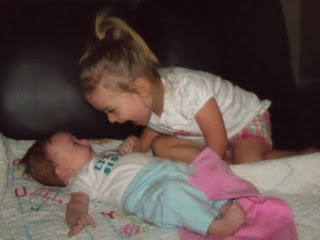 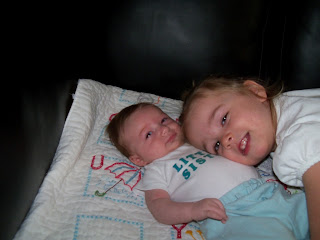 We celebrated Father's day.  Really, we didn't do anything out of the ordinary.  Sorry, Josh! 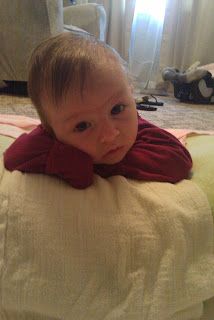 Langley has taken off her diaper  or pull up and peed in her bed several times.  Josh duck taped it on her last night.  True Story.  It worked, though. 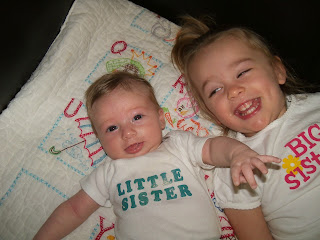 The duck tape is classic! Love it.